Keep up-to-date on programs and research at our hydroelectric project.

Visit this page often for regular updates about events, ongoing research and programs, and other topics of interest at our Clackamas hydroelectric project. 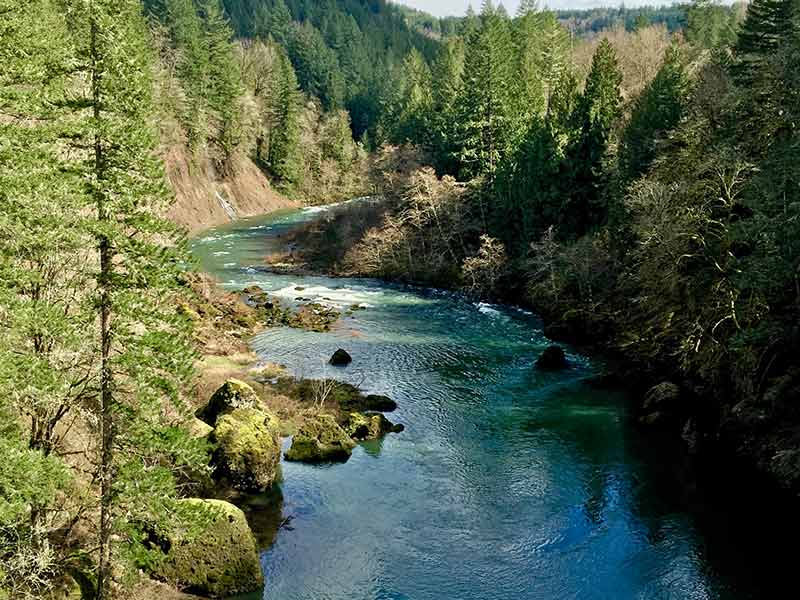 Read our most recent updates and check out photos from the field.

A Year of Ice and Fire

March 21, 2021 When the Riverside Fire swept through the Clackamas River Basin this September, our employees evacuated safely, our fish passage facilities were unscathed, and major habitat projects remained intact. Unfortunately, we did lose our stockpile of large logs previously salvaged from our reservoirs and awaiting placement in habitat projects throughout the basin. Little did we know that only a few months later, this entire loss would be recovered (and then some!) thanks to falling trees and high winter flows.

As part of our hydropower license, we regularly collect logs from North Fork Reservoir and store them for future project use in the Clackamas Basin. Not only does this practice generate materials for important habitat work, but it also helps keep our hydro system clear of debris and creates safer conditions for people recreating in the reservoir. Over the years, organizations like the Clackamas River Basin Council and Oregon Wildlife Foundation have used these logs to create shady habitat areas for fish and wildlife. 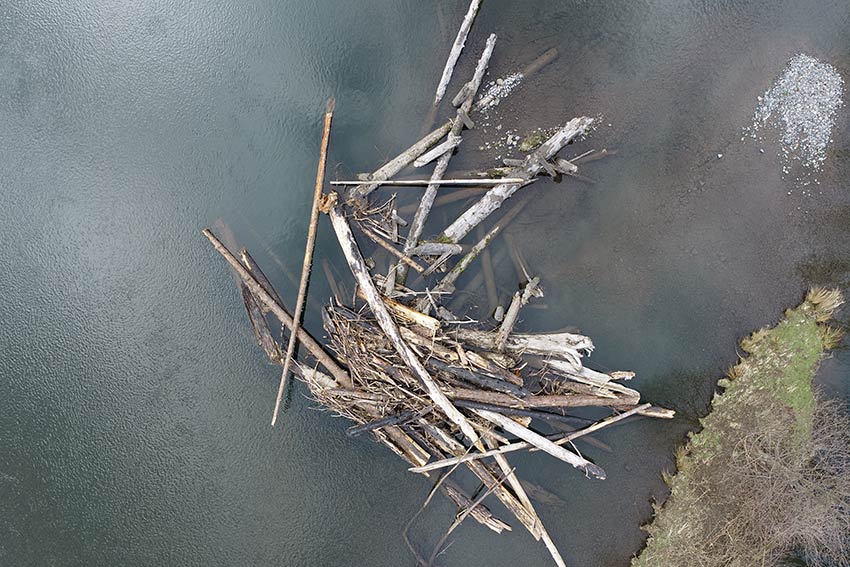 Just before the Riverside Fire, we had more than 70 logs in our stockpile. 36 were used in our North Fork Reservoir habitat project

, which was completed just weeks before the fire. This left another 37 logs in our stockpile for future use. After the fire, none remained. But fire also provides a surprising benefit to the basin. In the rainy months following the fire, damaged trees began to fall into the river, where high flows transported them downstream toward the reservoir. Last time we counted the pieces of large wood in our stockpile, we were back up to 112 logs, a number we expect could double by next year. “We’re going to be fairly log-rich for a while,” said Garth Wyatt, a PGE fish biologist. 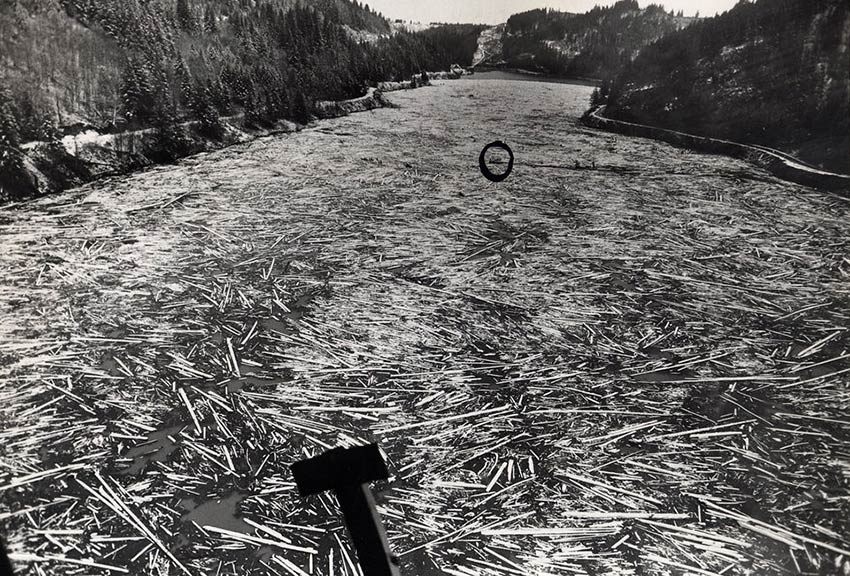 This isn't the first time North Fork Reservoir has been "log-rich." Check out this photo from the 1964 flood!