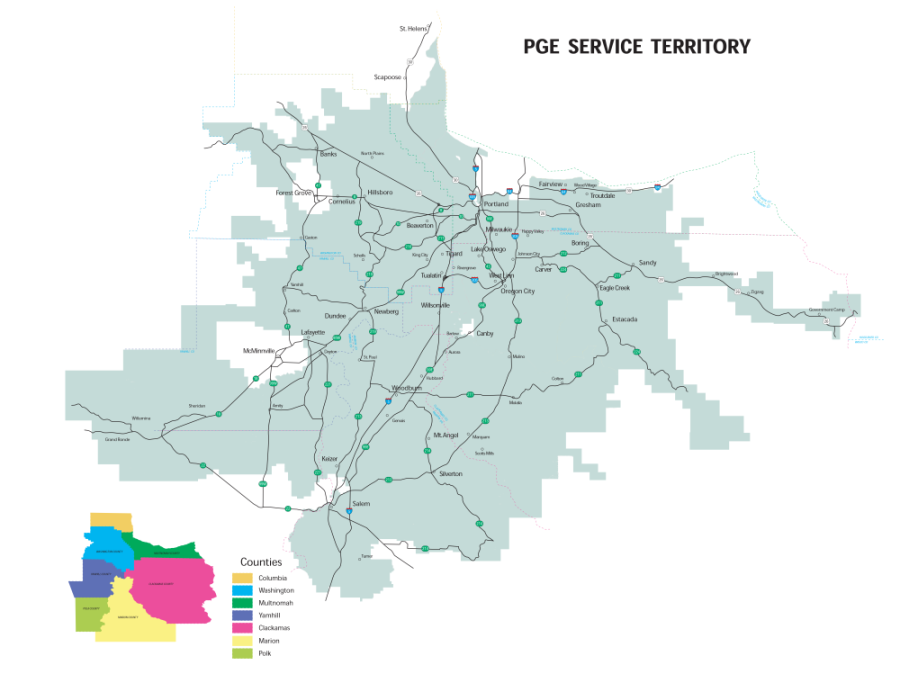 Almost all of N.W. Portland except for the area between N.W. Broadway and N.W. 11th Ave., and between Burnside and Davis streets.

All of S.W. Portland except the following downtown areas:

All of S.E. Portland except a small strip of S.E. Stark off E. Burnside.

A small section of Northeast Portland.

All areas from 122nd Ave. east to Mount Hood.